Photographing a creature in its natural habitat is one of the greatest moments in travel. Here’s your guide to finding, tracking, and encountering the most magnificent species on Earth… 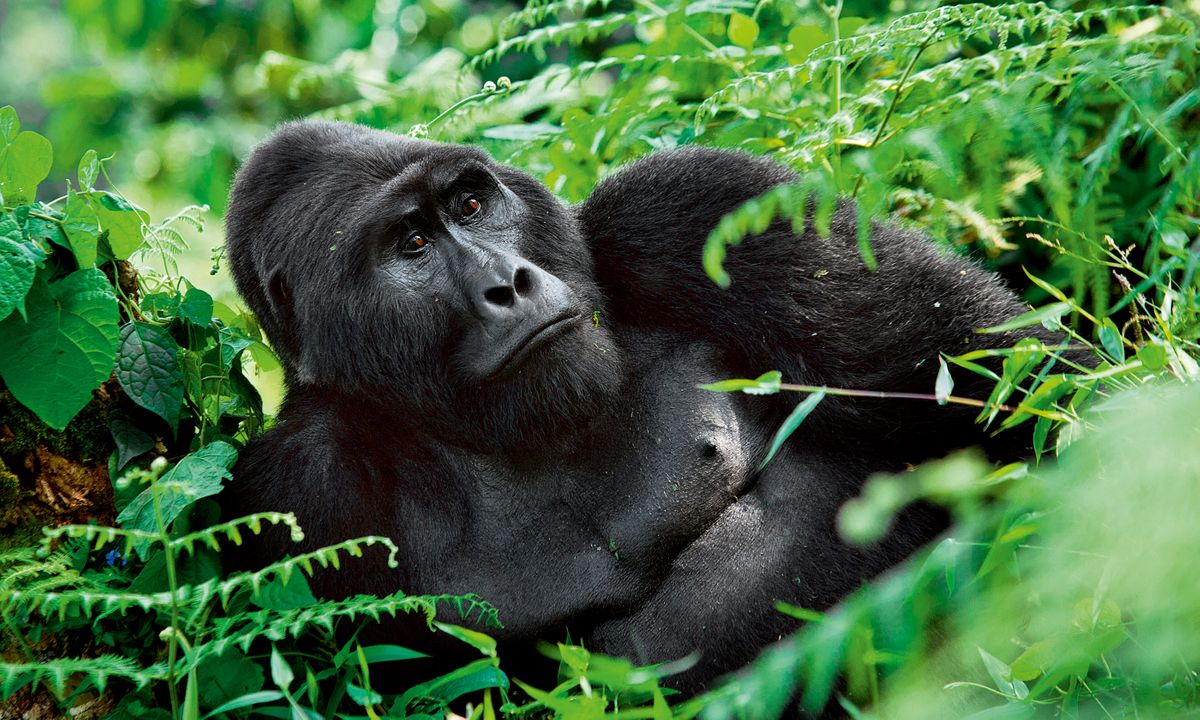 Range: A ten-year survey in western equatorial Africa found over 360,000 gorillas inhabit the region, though numbers are falling.

The experience: A silverback is a formidable sight. You expect it to be ‘big’, but it’s the power that blows you away. And while there’s a whole lot of rules (sit low, don’t point, don’t stare) when you see one, it can be hard to recall anything at the moment. Still, it’s worth it to witness the intricate family dynamics of a primate still living on the brink of survival.

Need to know: Spotting gorillas in the wild isn’t straightforward. Tours are the only way to see them and these are subject to strict time limits (typically an hour), while permits must be secured in advance. Nor will you be allowed on a tour if you’re sick, as infections can be passed on to the primates. You need to be fit, too, as you’ll be walking at altitude with no paths and hikes can take from 30 minutes to ten hours. Visits are easiest in the drier months (Jan–Feb; Jun–Aug); discounts on permits can be found in wetter periods (Apr, May & Nov) but be warned that the conditions are much harder going.

The best place to see: In the north of Bwindi Impenetrable Forest, Uganda, where three of the nation’s 11 habituated gorilla families live, extended visits (four hours) are permitted. Elsewhere, Rwanda’s Volcanoes NP is famed for its gorillas, but visits come at a cost (permit: US$1,500 compared to Uganda’s US$600). 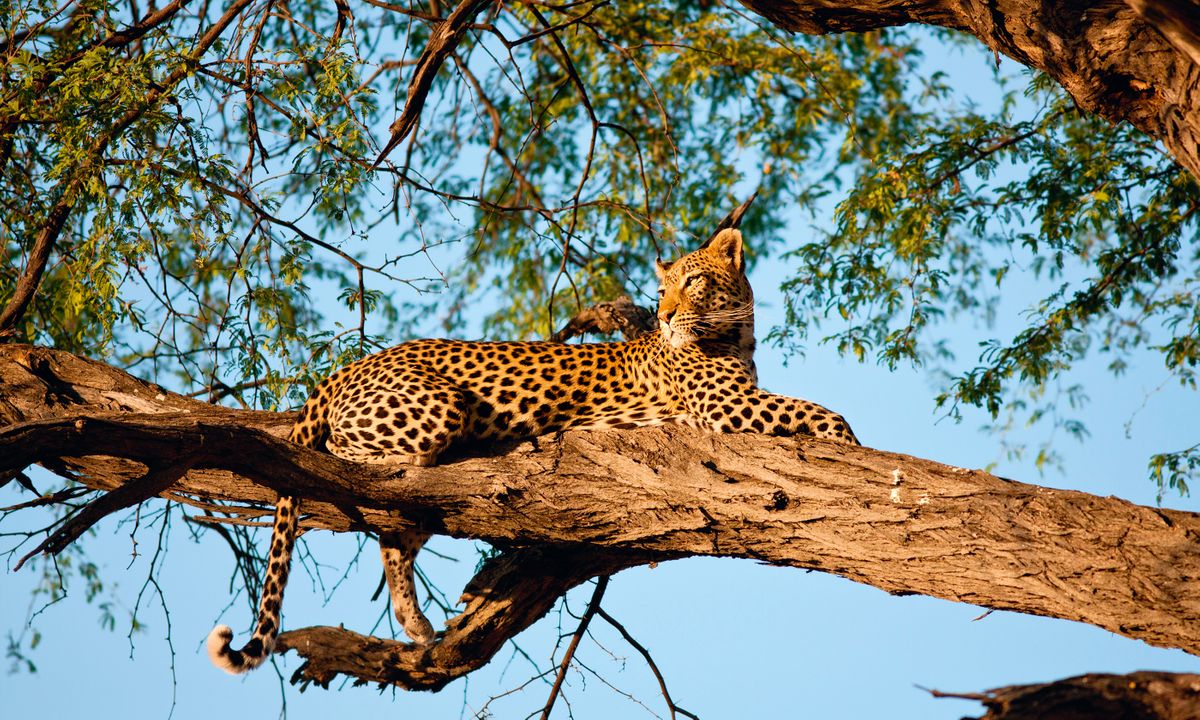 Spotted! A leopard scans the African savannah for antelope from on high (Dreamstime)

Range: Less than 14,000 leopards live across sub-Saharan African and Asia.

The experience: It’s hard to keep quiet as the desiccated detritus of mopane and acacia crackles underfoot; your eyes naturally flick back to the armed guard bringing up the rear. Then they point to a tree and you see a leopard in the branches, freshly killed impala beneath its paws. The animal glares, sniffs, shifts, then inches down the trunk and disappears into the grass. Fleeting but magical.

Need to know: Leopards are elusive; seeing one while on foot (only permitted in a handful of areas) is a rare privilege. More likely is a sighting from a safari vehicle, so try to visit reserves where animals are used to humans, otherwise, they flee quickly. As the cats are nocturnal, choose areas where night drives are permitted (although these aren’t allowed in Sri Lanka’s Yala National Park). An expert tracker/guide is key; they’ll know popular cat hangouts and can read bush signals, such as monkey warning calls.

The best place to see: In Africa, sightings are possible year-round, though are easier later in the dry season (Mar–Nov) when the trees have fewer leaves and the grass has died back. Top spots are Serengeti NP, Tanzania, which is famous for its guided safaris; Sabi Sand Game Reserve, South Africa, which has a high density of habituated cats; and the Okavango Delta in Botswana, especially its Moremi Game Reserve. 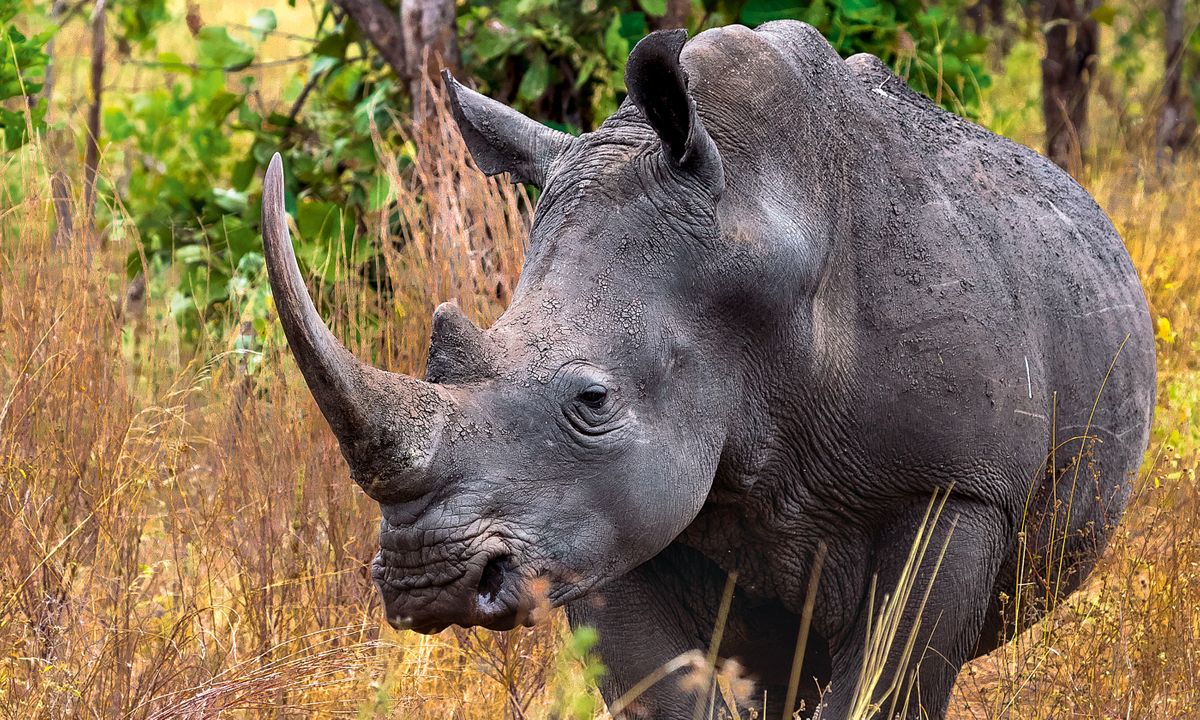 The experience: It’s sobering to think that after one morning spent in India’s Kaziranga National Park, you’ve probably glimpsed around 10% of the world’s population of greater one-horned rhino. But as the long grass and low mist hanging over the jungle thins and you’re surrounded by rhino everywhere, it’s enough to give you hope for these beleaguered animals.

Need to know: Southern Africa is home to the largest number of rhinos (both black and white). Black rhinos are harder to spot, and not just because their numbers are fewer (about 5,000); they stick to the undergrowth and tend to be more active at night. White rhinos (of which 93% live in South Africa) roam more in the early morning, late afternoon and evening, and you can tell them apart by their upper lips: blacks have a hooked lip, whites a squared one. Both will leave you speechless.

The best place to see: The greater one-horned rhinos of India’s Kaziranga NP are a rare conservation success story – their numbers are on the up and sightings are likely. The same goes for Chitwan NP in Nepal, where walking safaris are permitted and poaching has been all but eliminated in recent years.

The same sadly can’t be said of South Africa, though the poacher-troubled Kruger NP remains the undisputed king, home to some 10,000 white rhinos, about half that remaining in the world. Just a handful of countries (South Africa, Kenya, Zimbabwe and Namibia) are home to 98% of Africa’s black rhino, with Namibia’s Palmwag Concession in Damaraland one of few places where black rhino numbers are actually steadily rising. 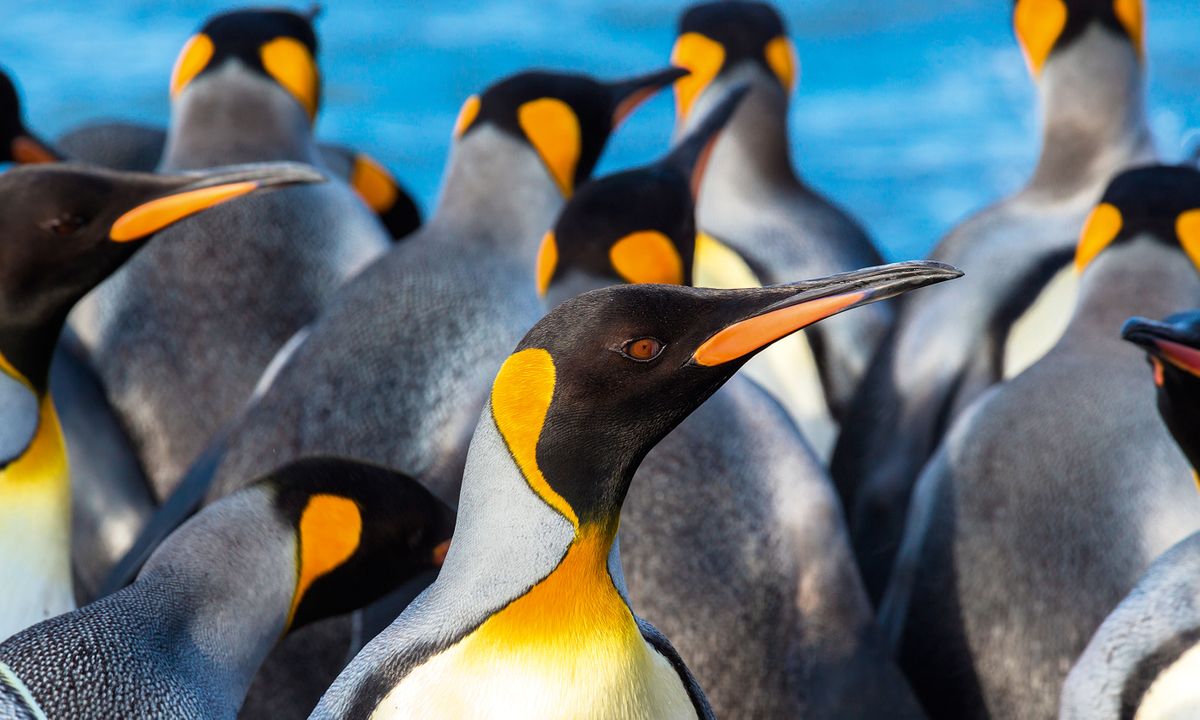 The experience: The Antarctic Treaty insists that you keep five metres between yourself and a penguin. But just try telling them that. Sat on an icy shore, trying to keep both distance and composure, it’s nigh on impossible not to attract the attention of these curious birds, and it makes for an encounter like no other.

Need to know: Some 18 penguin species live across the Southern Hemisphere, from as far north as Ecuador’s the Galápagos Islands, where you can snorkel alongside its endemic species year-round, to the shores of the Eastern Antarctic’s Ross Island and its vast colonies of tobogganing Adélie.

But you don’t always need a cruise ship. You can swim alongside the braying (and crotchety) jackass penguins of Cape Town’s Boulders Beach in South Africa or spot rare yellow-eyed species in the bays of Dunedin, New Zealand, without ever setting foot on a deck.

The best place to see: The sub-Antarctic island of South Georgia is perhaps the world’s most famous penguin-photography spot; cruises (Nov–Mar) disembark on Salisbury Plain, home to some 500,000 king penguins, for one of the great wildlife sights (arrive Dec–Feb to see chicks hatching). But whether spying hundreds of Magellanic penguins on the shores of Punta Tombo in Argentinian Patagonia (Oct-Mar for breeding) or fending off curious gentoos at Antarctic base Port Lockroy, seeing these birds makes for an unforgettable experience. 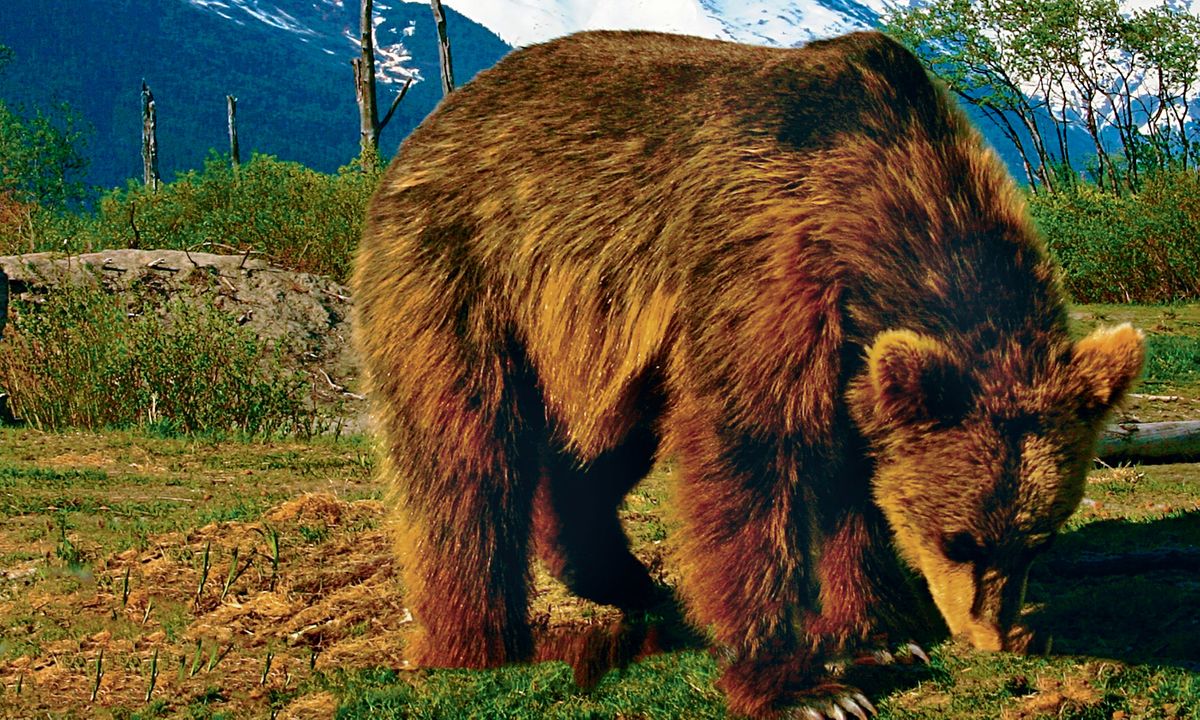 The experience: Alaska’s famous brown bears descend on its rivers in late summer for one last big feed before hibernation. Here they jostle for the best fishing positions, trying (and often failing) to catch their slippery prey. Watching from secure viewing platforms and surrounded by a sea of brown fur, it’s a sight like nowhere else.

Need to know: Bears are not something you want to encounter alone. Many parks have viewing hides and platforms, or drives where you can stop by the roadside (just look for any gathering of vehicles) and catch one ambling along. But mostly you’ll be out in the wild and vulnerable; for that, you need an expert guide/tracker who can recognise prints and knows how to stay safe.

The best place to see: In the US, Alaska’s Katmai National Park is justly famous. With three bear-viewing platforms within a couple of kilometres’ walk of its fly-in camp (Jun-Sept), spy bears fumbling with their prey during the salmon run (July). Glacier NP in Montana is another regular stomping ground for bear-spotters, as is Waterton Lakes NP over the border in Canada. 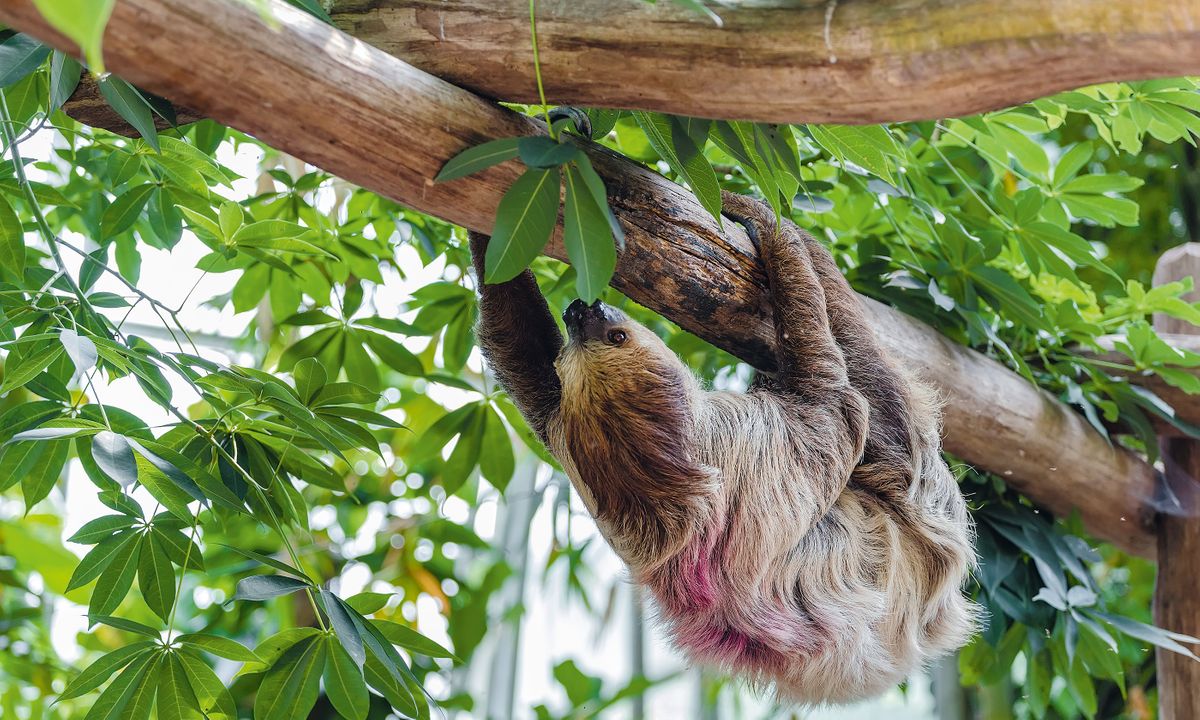 Not so lazy: Sloths in the wild sleep nowhere near as long as their reputation suggests (Dreamstime)

Range: Two- and three-toed sloths are found across Central and northern South America.

The experience: You’re unlikely to just stumble across a sloth in the misty rainforests of Latin America. They hang stationary for long periods (sleeping 8–10 hours a day in the wild), to the point that algae even grows on their fur, camouflaging them from predators and wildlife spotters.

Need to know: Wandering sloth-friendly park trails independently can yield encounters, but using a guide massively increases your chance. Be sure to avoid any so-called sanctuaries that offer to let you hold sloths; this is not good for the animals and can cause them serious stress.

The best place to see: Costa Rica is year-round sloth central – it’s even on the currency! Concentrations are highest in the forests of the Osa Peninsula; along the Pacific coast, such as Manuel Antonio National Park; or Tortuguero NP on the Caribbean side. However, those heading north towards Monteverde and its famous cloud-forest will only find the thick-furred, nocturnal two-toed sloth; they can survive at chillier altitudes, and though they are tough to see, guided night tours are available. 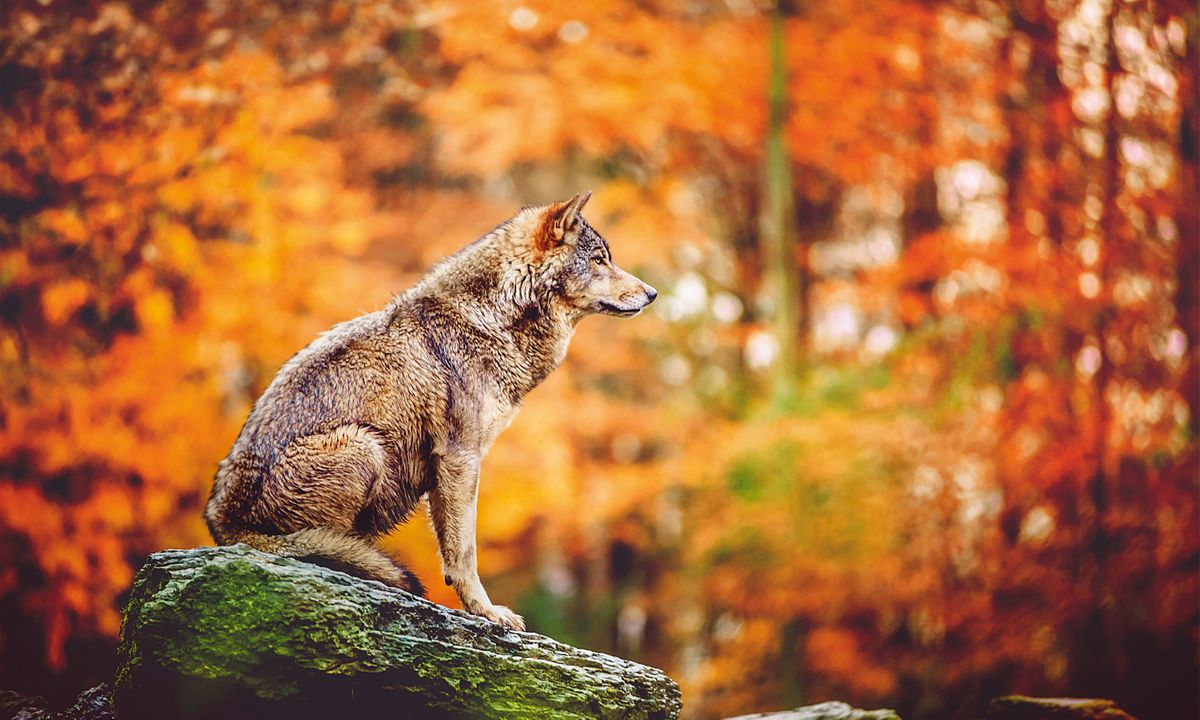 A north-western (timber) wolf sits alert on a stone (Dreamstime)

The experience: You’re most likely to glimpse wolves early in the day for photography. Lying on a hump of land with binoculars in hand, might not seem like fun but seeing wolves requires patience.

Need to know: How you see wolves depends on where you are. In Canada’s Denali NP, distance and practicality mean bus/vehicle viewings are better, offering a higher vantage point and more eyes. Some trips don’t even require sightings, with Swedish wolf-howling tours a thrilling way to re-connect with nature.

The best place to see: Good spots in North America include: Yellowstone NP, Wyoming; Denali NP, Alaska; and Bow Valley Parkway, near Lake Louise, Canada, with these northerly wilderness areas most accessible between May and September.

In Europe, the Carpathian Mountains, particularly Romania’s spectacular Zarnesti Gorge, are a hotspot for Eurasian wolves year-round; Ethiopia’s Bale Mountains are the last refuge of its native lupines, which roam the Web Valley and Sanetti Plateau (Sept–July).

Over the past eleven years, we’ve had the pleasure of guiding hundreds of happy travellers on outdoor adventures and hiking trips all over Uganda and East Africa.

Wild Route Trips is a brand of Tezo Expeditions LTD.

Our Payment Options and Affiliations:

Leave Us a Review

To receive our best monthly deals

We use cookies to ensure that we give you the best experience on our website. If you continue to use this site we will assume that you are happy with it.Ok